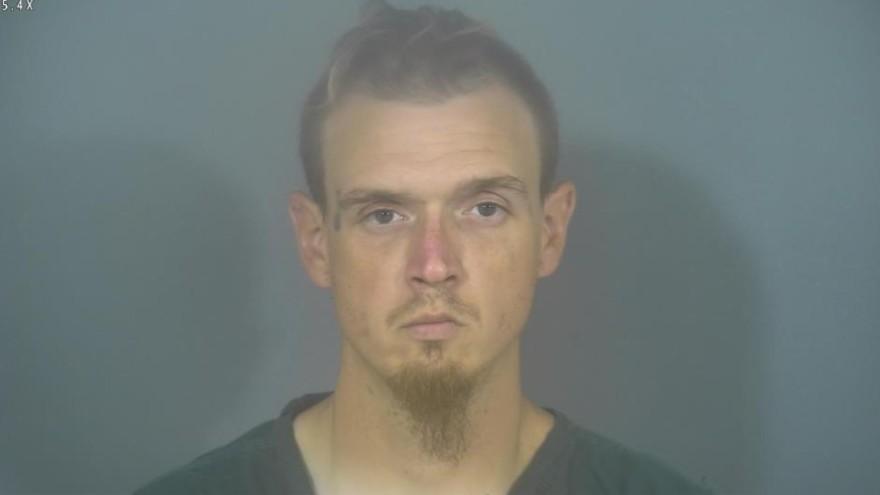 ST. JOSEPH COUNTY, Ind. -- A man was arrested on Monday after he allegedly tried to use a stolen credit card to pay for his meal at an Olive Garden and then threatened the owner of the card with a gun when confronted, according to the probable cause affidavit.

Brandon Nusbaum was arrested on the charges of unlawful carrying of a handgun and two counts of theft.

On Monday, officers with the Mishawaka Police Department were called to an Olive Garden for a report of a man with a gun.

Someone at the restaurant was also trying to use a stolen credit card, dispatch reported.

When the victim of the alleged credit card theft got to the restaurant and tried to confront the suspect, later identified as Nusbaum, Nusbaum allegedly showed a handgun in his waistband and threatened to shoot the victim.

When officers got to the scene, they found Nusbaum had locked himself in the bathroom.

Officers ordered Nusbaum to put his hands on the wall while they patted him down.

When asked if he wanted to make a statement, Nusbaum said he was on probation out of Kosciusko County, reports said.

One of the cards was the one Nusbaum allegedly tried to use to pay for his order and table games at the restaurant, which totaled $24.96.

Restaurant staff said they saw the pistol in Nusbaum’s waistband and confirmed he was causing issues with another man, reports said.