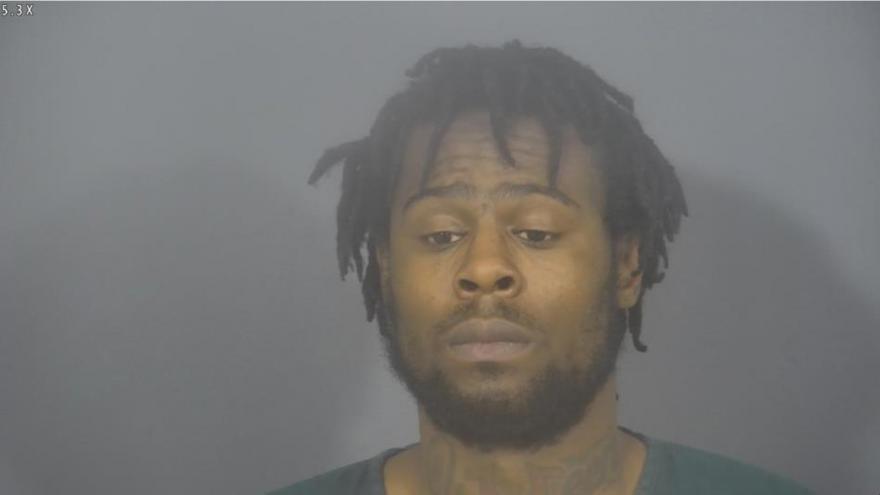 ST. JOSEPH COUNTY, Ind. – A man was arrested for allegedly hitting his son with a belt as punishment for his misbehavior, according to the probable cause affidavit.

On February 23, the Department of Child Services received a report of possible child abuse involving a five-year-old.

The victim said he received a “whooping” from his father, identified as 28-year-old Niguel Guyton.

The victim had lacerations on the back of his legs, according to reports.

DCS spoke with the victim at his school, and he told them his father “whooped” him with a belt that made marks on the back of his thighs.

The victim was given a forensic interview and he stated the same story.

He also said the “whooping” caused the back of his legs to bleed, reports said.

Guyton was interviewed and said he used a belt on the victim approximately two weeks ago, according to court documents.

He said the markings on the victim were caused by the belt, reports said.

He said he brought the victim home and “whooped” him with a belt that’s only used for “whoopings”.

Guyton said he removed the victim’s pants and underwear so the victim could “really feel it”, according to reports.

He said he then bent the victim over on the bed and sat on his back while he struck the victim with the belt, documents state.

The victim received multiple wounds and Guyton said he became concerned about the injuries.

He said he kept the victim home from school, had him soak in the bathtub, and applied cocoa butter on the wounds.

Guyton was charged with battery on a person less than 14 years old.