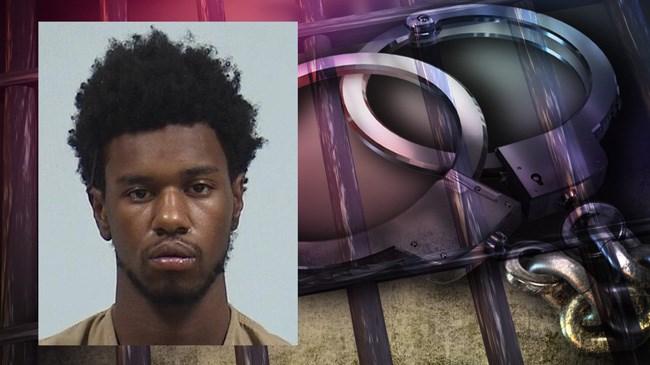 A man allegedly driving a stolen vehicle led deputies on a brief chase, then crashed into another vehicle before he was taken into custody, according to the Elkhart County Sheriff's Department.

Around 6:30 p.m. Saturday, 19-year-old Dorion Tompkins was stopped for a traffic violation in the area of Nappanee Street and Lexington Avenue.

Tompkins allegedly fled in the vehicle and led deputies on a brief pursuit.

The chase ended when Tompkins' vehicle crashed into another vehicle at Nappanee Street and Roseland Avenue.

Tompkins' passenger suffered a broken leg. Four passengers in the other vehicle were taken to Elkhart General Hospital for complaints of pain, reports said.

Deputies said the vehicle was stolen from Chicago.

Deputies said Tompkins was in possession of marijuana, counterfeit money and never received a driver's license.