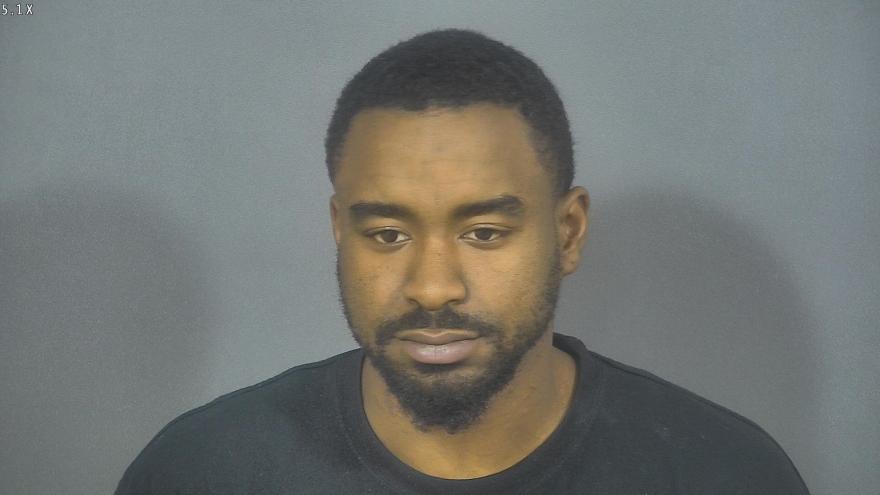 ST. JOSEPH COUNTY, Ind.—A man was arrested after he allegedly stole a woman’s cell phone at a gas station and held a gun to her head on May 4, according to the probable cause affidavit.

On May 4, South Bend Police responded to a report of a robbery at the Marathon Gas Station on Western Ave.

Police spoke with the female victim, who said she was outside of her car when a man, later identified as 28-year-old Jeffrey Lamont Reid, confronted her, court documents said.

The victim asked Reid if “whatever words were being exchanged were worth it,” court documents said.

Reid then approached her, hit her cell phone from her hands, picked it up and took it back to his vehicle, telling the victim that now she could not call police, court documents said.

According to the probable cause affidavit, Reid went back to the victim while holding a gun and pushed the barrel of the gun against the victim’s head, telling her, “I’ll kill you,” before getting back into his car and driving away with other passengers.

Surveillance video from the gas station shows Reid slapping the phone from the victim's hand, picking it up, returning to his car, coming back holding a gun, and putting the barrel of the gun into the victim’s temple, causing her head to jerk to the side, court documents said.

A detective assigned to the case recognized Reid and the people with him from prior dealings and was able to link the suspect vehicle to Reid from prior incidents, court documents said.

Reid was located by police in the front seat of the suspect vehicle with a holster containing what was determined to be his BB gun, court documents said.

In his interview with police, Reid acknowledged that he did take the cell phone from the victim and waived the gun at her but claimed he never touched the victim and did not forcibly push her head with the barrel of the gun as seen on the gas station surveillance video, court documents said.

Reid told police that he had his BB gun with him the entire time he was in contact with the victim, which he said started when the victim was “being mouthy and wouldn’t leave things alone,” court documents said.

Reid is being held at the St. Joseph County Jail without bond and is charged with armed robbery, intimidation and battery by means of a deadly weapon. He is due in court on May 13.