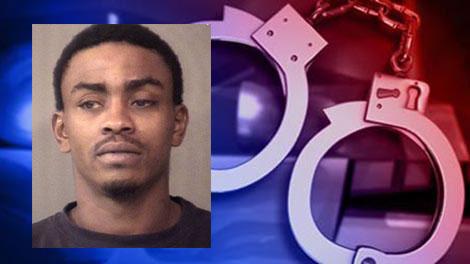 Warsaw Police arrested a man after he allegedly fled the scene of an accident, wrecked his vehicle again, then ran from police.

According to Warsaw Police, they were notified of a vehicle that fled after an accident near downtown Warsaw around 6 p.m. Wednesday.

Warsaw Police officers located a Chevrolet Trailblazer near US30 and SR15 that matched the description of the vehicle that allegedly left the scene of the accident.

Officers attempted to stop the driver of the Trailblazer, but the driver did not stop.

A short pursuit went east on Anchorage Road, across US 30, then south on Husky Trail, police said.

The driver, later identified as 29-year-old Brian Ivey, jumped out of the moving vehicle and ran from officers, police said.

He was given verbal commands, but would not stop. Eventually an officer deployed a taser and Ivey was taken into custody.

Ivey was wanted for a felony parole violation out of Georgia and had no valid driver’s license, according to police.

In addition to the damage to the vehicle in the original accident, the Trailblazer continued moving after Ivey jumped out and struck a guard rail. It caused under $10,000 in damage, police said.

Ivey was booked into the Kosciusko County Jail on the felony parole violation, felony resisting law enforcement using a vehicle, failure to stop after an accident, and operator never licensed. He is being held on no bond.