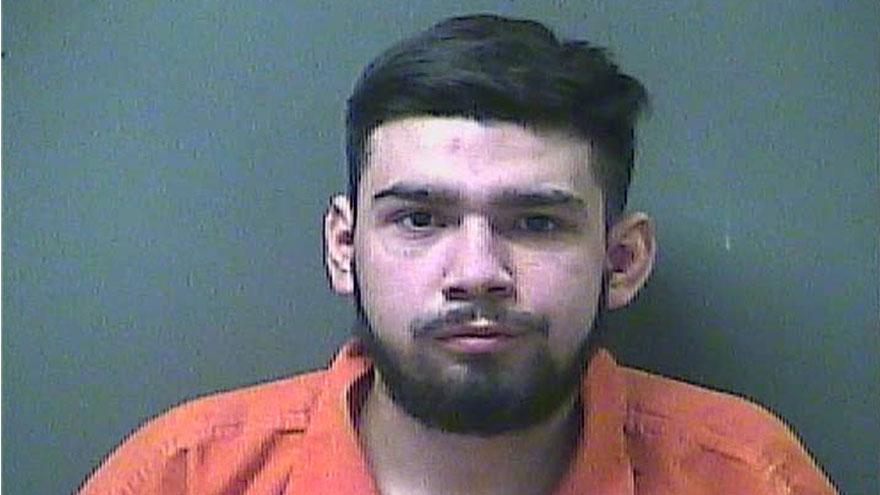 LA PORTE COUNTY, Ind. -- A man was arrested after he fired a shot at a vehicle during a fight at a home in Center Township, according to the La Porte County Sheriff’s Office.

On Wednesday, an off-duty deputy heard loud music coming from a residence on Dogwood Avenue.

The deputy saw a man get out of a vehicle in front of the home at the same time a man came out of the residence. The two men then got into a physical fight in the front yard, reports said.

By the time Sergeant Burger of the sheriff’s office arrived, several other people had gotten into fights with each other.

Several people then moved towards the area of the vehicle.

Javier Santillan, 20, ran inside the home, then came back out carrying a handgun, deputies said.

Sergeant Burger was standing near the passenger side of the vehicle and saw Santillan fire one round at the vehicle, reports said.

The vehicle then fled the scene.

Santillan was taken into custody on a preliminary charge of criminal recklessness.

Another deputy located the vehicle that had fled the Dogwood Avenue home at Johnson Road and CR 400 North and conducted a traffic stop.

The vehicle had a hole, consistent with a gunshot, on the driver’s side of the vehicle, deputies said.

A passenger in the vehicle was wanted on three counts of operating while intoxicated and was taken into custody.

Sheriff John T. Boyd stated, “Sergeant Burger is commended for his decision to act quickly and diffuse an increasingly volatile situation. This incident highlights the inherent dangers deputies experience each day, both on-duty and off-duty. We are very thankful and fortunate that Sergeant Burger, nor any citizens, were injured by the incredibly dangerous actions of the subject.”