Man arrested after running from police on Northside Boulevard 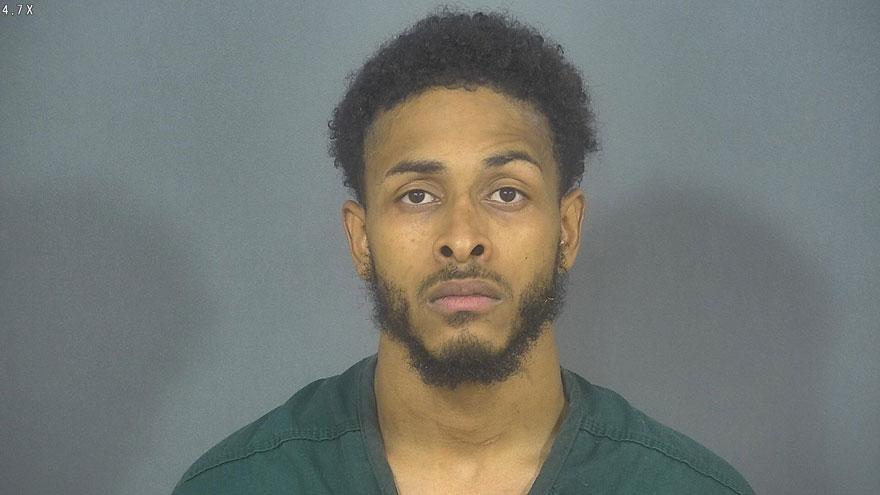 SOUTH BEND, Ind. -- A man has been arrested for allegedly running from South Bend Police as they investigated an incident at an apartment complex.

On July 7, South Bend Police responded to an apartment on Northside Boulevard after a resident found a bullet following an encounter with an unknown man who was driving a silver Acura.

The woman told police a stranger knocked on her door looking for his cousin.

She didn't know his cousin but told the man he might live next door. She then heard knocking at the apartment next door.

A short time later while she was walking her dog, she found a bullet on the stairs, reports said.

Police went to the apartment next door and spoke with the resident.

The resident told police someone he didn't know knocked on his door and covered the peep hole. He didn't answer but went downstairs to see who was knocking and saw a man in a silver Acura, police said.

The man in the car asked the resident if he was Travis' cousin, then pulled a handgun from the center console, according to the probable cause affidavit.

The resident told the man he wasn't Travis' cousin.

Officers conducted a traffic stop on the vehicle and the driver gave him a false name.

The officer did a weapons pat down of the driver, later identified as Stone Lewis, but did not find a weapon.

As the officer put Lewis into handcuffs, Lewis ran from the officer, reports said.

Other officers in the area chased Lewis and took him into custody.

Police did not find a firearm on Lewis or in his Acura, police said.