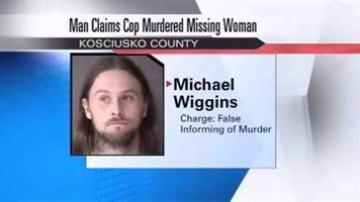 NORTH WEBSTER, Ind. — A North Webster man is in jail after police say falsely accused an officer of murder.

But investigators say that did not happen.

They think Wiggins made up the story to get back at the officer who arrested him.

Wiggins is charged with false informing of murder.