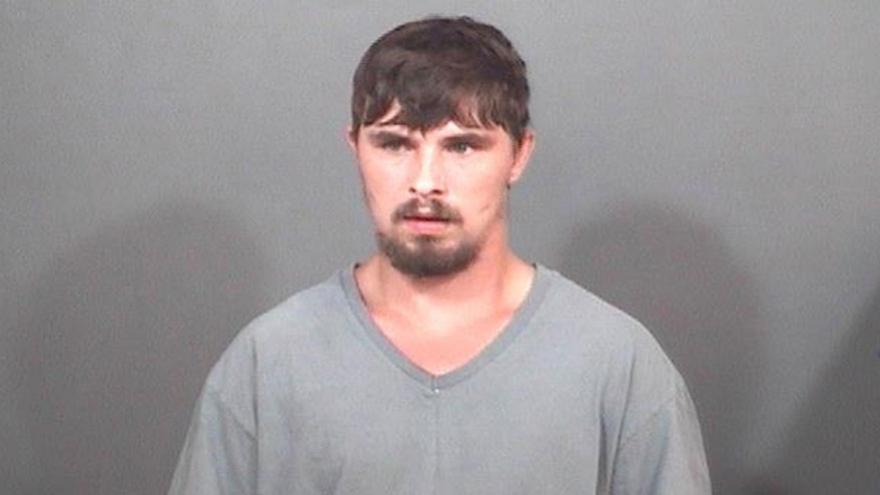 MISHAWAKA, Ind. -- A witness called police after allegedly seeing an adult kissing and touching a young girl in Mishawaka on July 24th. The man has been charged with child molesting.

Mishawaka Police responded to the scene around 4:30 p.m. and spoke with the witness.

The witness said he was working on a unit to get it ready for new tenants when he looked out the window and saw a man, later identified as 28-year-old Joseph Dellinger, kissing a young girl.

He watched Dellinger kiss the girl and try to put his hand close to her genitals, the witness told police.

Dellinger was taken into custody at the scene.

A forensic interview was conducted at the CASIE Center with the female victim. During the interview, it was noted the girl had limited verbal skills and cognitive abilities, according to the probable cause affidavit.

The victim said Dellinger was bad and gives hugs, but shook her head no when asked if he gave kisses, reports said.

The mother of the child said Dellinger and several other children were over at her house on July 24th. She said she went into the house to put one of the children down for a nap and when she came out 20 minutes later, Dellinger was in handcuffs.

Officers watched the video taken by the witness and said it showed Dellinger kissing the girl and fondling her genitals, according to the probable cause affidavit.

Dellinger was taken into custody on July 24 and was released on bond.

His initial hearing is scheduled for August 14.

UPDATE: The charges against Dellinger were dismissed in June 2021.