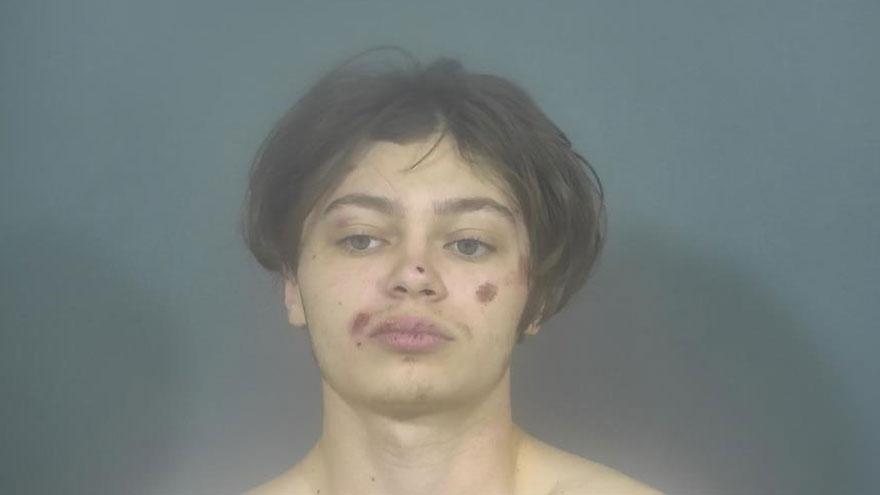 ST. JOSEPH COUNTY, Ind. -- A man was arrested after allegedly injuring his father and embedding knives and an axe into the wall of his father’s home, according to court records.

St. Joseph County Police were called to a home on January 1 for reports of a domestic situation.

When they arrived, they located the victim with an injury below his eye and bruising on his arm, reports said.

The victim said his son, Nicholas Mentock, had punched him in the face because he did not take Mentock to see someone, reports said.

Inside the home, the responding officer noticed several holes in the walls of the home and the bedroom door There were also items embedded in the walls, including knives and an axe, according to the probable cause affidavit.

A staircase railing was destroyed and parts of it were embedded in the walls, reports said.

The victim said Nicholas had struck the bedroom door with an axe and had hit him in the arm with part of the staircase railing, reports said.

Officers located Mentock outside with a box cutter to his throat.

Mentock eventually dropped the knife and was taken into custody.

Mentock has been charged with domestic battery resulting in moderate bodily injury and criminal mischief.