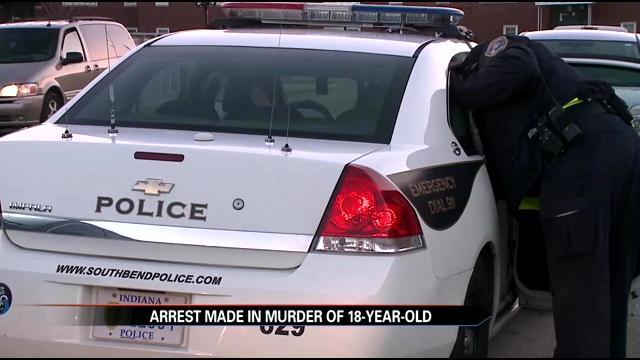 South Bend Police made an arrest in the murder of 18 year old Deonta Horst, who was shot at the Cedar Glen apartments Sunday.

On Monday, Demetrius Murray was arrested and charged with three counts, murder, felony murder, and robbery.

His brother Roemello Murray was arrested as well.

Tre Bailey, who was a high school friend of Horst, said he was well liked.

"He was like a person that just couldn't be not liked, I mean I don't see why this would happen,” said Bailey.

According to the probable cause affidavit, the person living in the apartment where Horst was shot was allegedly robbed by Demetrius.

After the robbery, Horst allegedly met Demetrius at the door – and that's when he was shot.

"Police worked without fatigue from the time of this incident until moments ago when a suspect was brought into custody the diligence the dedication shall not go without notice,” said South Bend Police Chief Ron Teachman.

Metro homicide is asking for anyone with information to contact them at 574-235-5009.