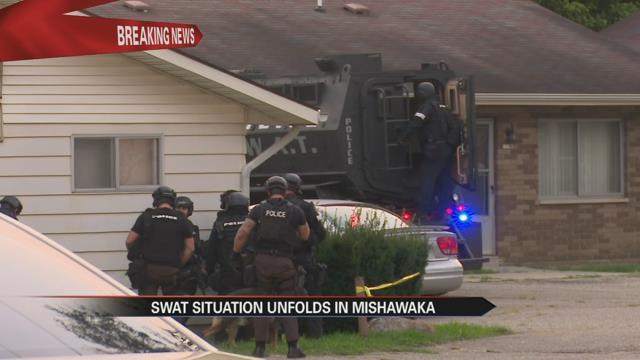 Police were called to the apartments near 12th Street and Byrkit Avenue at 6:40 p.m. on a report of a neighbor dispute.

Investigators say that dispute turned into a violent battery situation.

Mishawaka police say the suspect refused to leave his apartment, prompting officials to evacuate neighboring apartments and close off the road.

The SWAT team was called in to bring the suspect out.

The suspect surrendered shortly after 9:00 p.m.