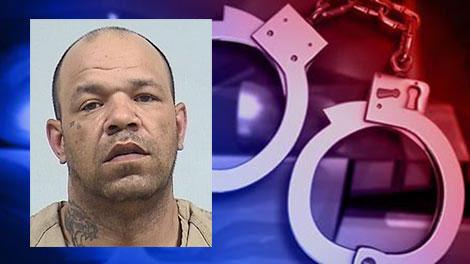 Elkhart Police arrested a man after he allegedly battered a woman on two separate occasions.

Police were called to a home in the 1200 block of Lafayette Street Tuesday around 9 p.m. to take a report about a battery.

The victim told police she had gotten into a couple of arguments with an acquaintance and he battered her.

She told police 38-year-old Mustafa Mujahid struck her in the arm and pointed a handgun at her on April 28.

Mujahid was located on May 4 and arrested on charges of battery, domestic battery, intimidation, pointing a firearm and unlawful possession of a firearm.