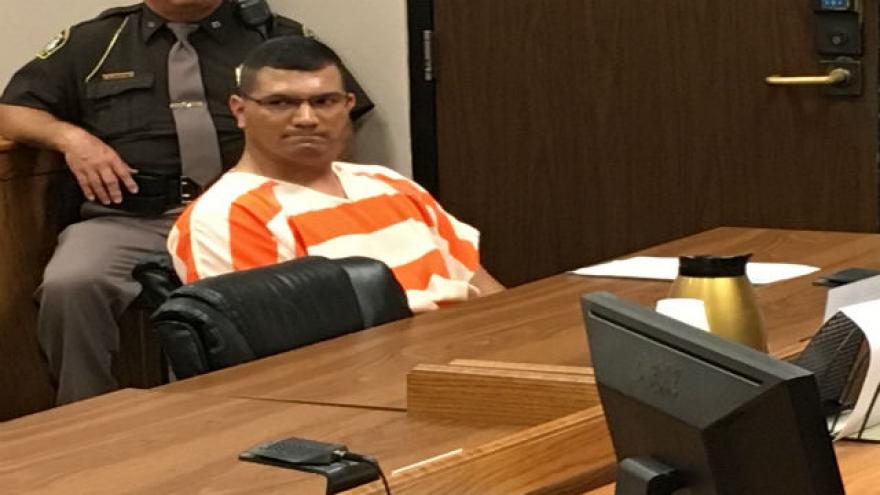 Justin Thomas Fell, 33, of Alma, was charged Tuesday, Aug. 29 with four felonies including failing to stop at the scene of an accident resulting in death and tampering with evidence. He was also charged with a misdemeanor moving violation causing death. Photo courtesy WNEM

Alma, MI (WNEM) -- A man who police say was behind the wheel in a hit-and-run crash that killed a beloved nun has officially been charged.

Justin Thomas Fell, 33, of Alma, was charged Tuesday, Aug. 29 with four felonies including failing to stop at the scene of an accident resulting in death and tampering with evidence. He was also charged with a misdemeanor moving violation causing death.

The Alma Police Department said a citizen's tip assisted in identifying the person responsible for the fatal crash.

"With that information we were able to get a search warrant for the residence. We searched the residence, a vehicle and the garage and found that the evidence at the scene matched with this vehicle," Alma Public Safety Interim Chief Mark Williams said.

They searched his home and vehicle on Wednesday collecting evidence. Police have impounded his car and confirmed evidence recovered from the scene of the hit-and-run matched Fell's vehicle.

Police said they interviewed Fell in connection with the crash that happened in the early morning hours of Aug. 17.

Williams said the same day that Sister Joseph Marie Ruessmann was hit, Fell filed a report with the Gratiot County Sheriff claiming damage done to his vehicle was the result of hitting a deer.

Williams said what started as an accident is now a criminal case because the driver, who was not impaired, did not stop at the scene.

"We have no evidence to indicate that Mr. Fell was impaired at the time of the accident. He advised us that he did see the sister and did realize a short time after that he was responsible for the accident and he fled the scene because he was in fear," Williams said.

Police said the fate of Ruessmann could have been different if the driver who struck her would have stopped and rendered aid.

Prosecutors said if Fell had stopped he likely would not be facing four felony charges.

"Had he stopped and complied with the requirements of the law, which are to render reasonable assistance or arrange medical assistance or provide transportation. Had he done those things, the charges would not be there," Gratiot County Prosecutor Keith Kushion said.

Ruessmann, 64, with the Religious Sisters of Mercy, was riding her bike back to the convent when she was hit by a vehicle near Michigan and Williams in Alma. Police said the vehicle did not stop and the Sister was found by two people passing by.

One of them was Delores Gardner.

“All I said is 'don’t move. Whatever you do, don’t move. Help is on the way, just don’t move.' She was all twisted up. And I just kept saying to her 'don’t move,'” Gardner said.

Ruessman died Thursday evening at the hospital surrounded by her Sisters.

Mother Mary McGreevy with the Sisters of Mercy said Sister Joseph Marie had been with the convent for so long she couldn’t remember a time without her.

“She was tender, she was considerate of people. She was very kind and very patient,” McGreevy said.

Mother Mary said while they are stunned by the loss, the Sisters were happy they could be with Sister Joseph Marie when she died.

“I mean it’s bad enough to happen to any human, but somebody that gives their life to God to be left on the side of the road like trash,” Gardner said.

Mark Moreno, Alma resident, is breathing a sigh of relief after police said they have found the person responsible.

"I've been here for over 25 years and something like this is not something you hear of daily. You go to the city and yeah, so you wonder what kind of people are moving into your town," Moreno said.