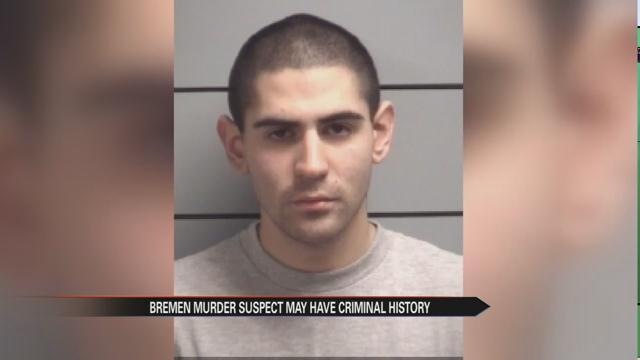 He is facing murder charges in the death of 15-year-old Desi Jones, whose burned body was found just days before Christmas last year.

Court records say that while police were investigating Jones' case, Rubio was already in custody

He is accused of taking another girl to an isolated area of Marshall County and raping her.

"You can go to any school around here and ask where is Little Egypt and they'll know where it is. There has always been a problem, people knocking over grave stones and I have lived here since the time I was five years old."

Young says there's never been anything as bad as what's being laid out in court documents against Rubio.

Rubio is accused of taking a teenage girl to the Little Egypt cemetery last summer. He allegedly forced her to perform sexual acts on him.

He is facing two felonies because of this encounter; rape and sexual misconduct with a minor.

This is all said to have happened less than a mile from where Desi Jones' body was found.

Late last winter, the 15 year old's partially burned body was discovered just down the road from the cemetery.

Young says she couldn't believe it when she heard the news.

"How could somebody do such a horrible thing? Has to be an animal. At times I was afraid, because you don't know what's lurking out there."

Rubio was formally charged in Desi's murder on Monday.

The Youngs say during the investigation, police actually obtained their home surveillance system for evidence.