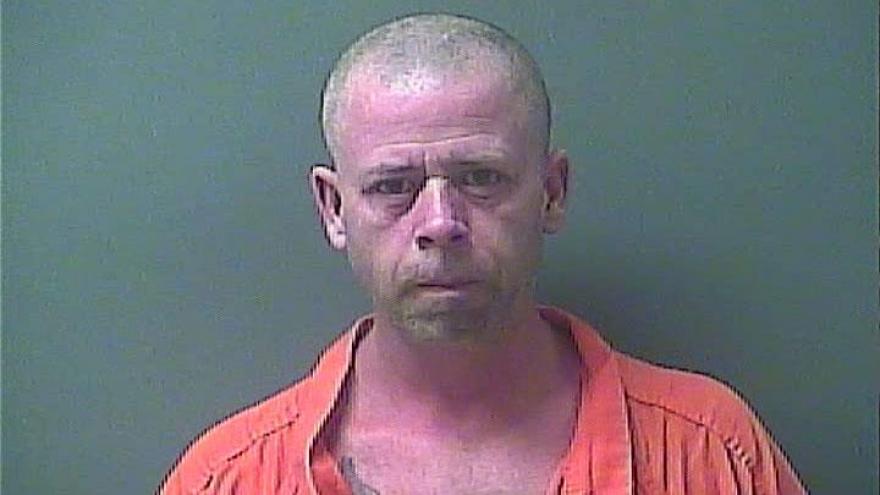 Charges have been filed against the man who broke into his estranged wife's house and injured her, according to the La Porte County Sheriff's Office.

The victim told deputies David Lane, 46, forced his way into her home Monday evening and battered her. He also allegedly threatened her with a firearm and threatened to commit suicide by cop, reports said.

The victim fled the home with her 5-year-old child and called deputies from a nearby convenience store.

On Tuesday, Lane's vehicle was located in the 4500 block of Scholl Road.

Lane was located on Wednesday after a K-9 team located him hiding in a hole covered with debris, according to reports.

On Thursday, a sheriff's office detective testified in court regarding the case.

Lane has been charged with attempted murder, burglary, robbery and domestic battery.

The La Porte County Prosecutor's Office is also seeking a charge of habitual offender because Lane has previous convictions for burglary and forgery.

La Porte County Sheriff John Boyd commended all of the law enforcement agencies that worked on this case in a press release.

“From the time we first responded to the original call until the suspect was taken into custody the suspect was relentlessly pursued. Once Lane was in custody Detective Rhine-Walker began the arduous task of piecing the case together. She balanced that with the delicate work of interviewing the victim and her five-year-old son. A lot of effort went into making sure the victim was cared for and the suspect was brought to justice," Boyd stated in the release.