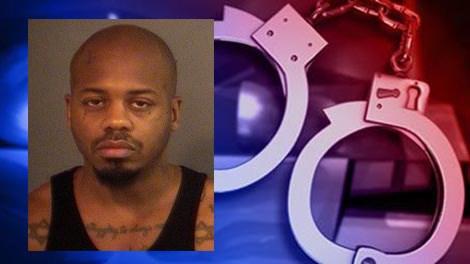 A man has been charged with kidnapping and unlawful possession of a firearm for allegedly forcing an acquaintance to drive him around looking for his girlfriend so he could kill her, according to a probable cause affidavit.

According to a South Bend Police officer, while working an off duty at a store in South Bend, Matthew Williams entered the store and approached him.

Williams told the officer there was a man in a car outside and he was threatening to kill people.

The officer went outside and approached Ryan Warren, who was sitting in a vehicle.

He told Warren to show his hands. The officer said Warren dropped a gun onto the floorboard and then complied.

The officer got Warren out of the car, secured him, then secured the gun, reports said. The gun was a .40-caliber semi-automatic.

During the investigation, Williams told police he was at his home when Warren showed up.

Warren was upset and looking for his girlfriend, according to Williams.

Williams told police Warren then pulled out a handgun and said, "I've got something for her."

Warren forced Williams to drive him around looking for the girlfriend, reports said.

Warren allegedly told Williams where to go to look for his girlfriend.

At one point, Williams said he saw the police cruiser outside the store and told Warren he wanted to go inside to buy a beer to calm his nerves, reports said. That's when he made contact with the officer.

Warren has been charged with one count of kidnapping and one count of unlawful possession of a firearm by a serious violent felon.