Man charged with murder and held without bail after neighbor's death 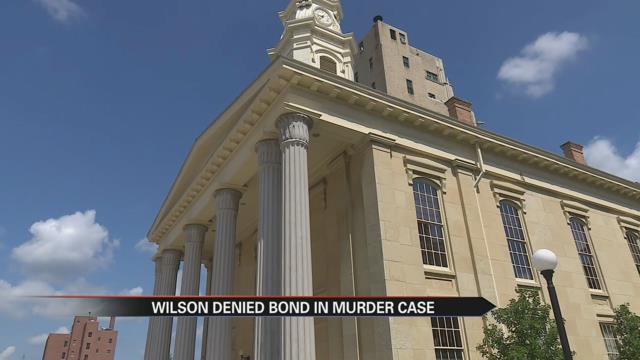 Donald Wilson is charged with murder and possession of a firearm. The court denied him bond during his arraignment on Monday.

The victim, 67-year-old Joann Newgent was found unconscious and severely beaten in her apartment, after asking her neighbor, later identified as Donald Wilson to turn down his music.

Joann's niece, Christina, says her aunt was unable to defend herself.  She said she was frail and had the beginning stages of Parkinson's.

Newgent was the sole provider of her adult son, who has mental disabilities. Christina says Joann's family and friends will miss her smile that lit up her entire face.

Wilson has a violent past. In 1995, he was convicted of reckless homicide.  Because of his record, Indiana regulations state that violent felons are unable to own firearms - and allegedly one was found in his home.

Christina Newgent says she just hopes the justice system doesn't fail her family, and that they hope Wilson's sentence will fit the crime.

In his arraignment, Wilson asked for a "fast and speedy trial."  This bothered Christina.

"It's unfortunate that you go to your neighbor because he's disrupting you, and it puts somebody in a rage," Newgent says. " Who's to know.  Us as individuals, we should be able to go to a neighbor and say he settle it down you're disrupting me."

The Newgent family does not want Joann to be remembered of just another violent statistic, but rather as a person.

Friday, they will be hosting a vigil outside of her apartment complex on 12th Street at 7 p.m.  The vigil will be open to the public.