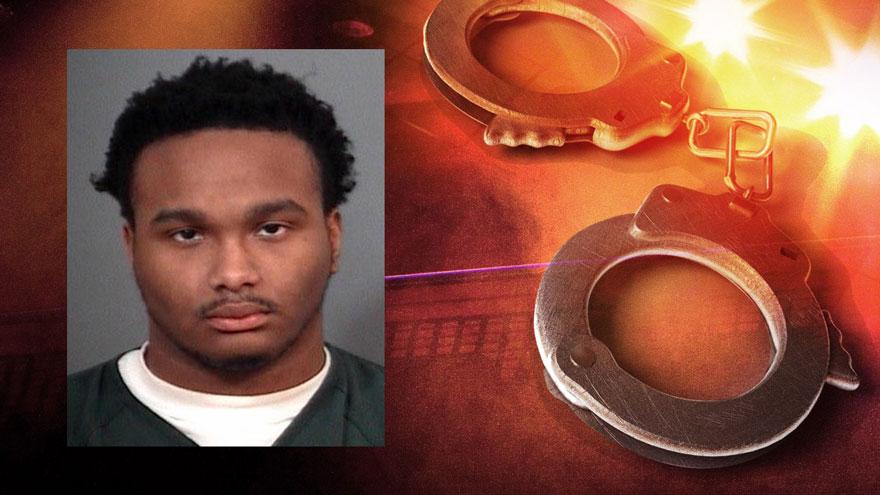 ST. JOSEPH COUNTY, Ind. -- One man was arrested for allegedly robbing a pizza delivery driver in South Bend on January 28.

South Bend Police were called to Wayne Street and Notre Dame Avenue in South Bend to investigate the robbery of a pizza delivery driver on January 28.

The driver told police he went to an address on E. Washington Street and spoke to the man on the porch. He asked if the man was the person who ordered the pizzas.

The man replied he was just as the driver was grabbed from behind by a second person and put into a bear hug.

The man who had been standing on the porch began striking the driver in the abdomen, sides and then head, reports said.

While being hit, the driver dropped the pizzas and his wallet.

The two men took the pizzas and the wallet and fled the scene in a white Saturn, which was driven by a third suspect.

The pizza delivery driver followed the Saturn and provided police with a license plate number.

The license plate returned to a Ford Focus.

Police spoke with the owner of the Focus and learned she had sold the vehicle with the plate on it, but the plate was returned on January 31.

Police spoke with the man who bought the Ford Focus about the robbery.

He told police he, his friend Darius Hart and another man ordered the pizza and had it delivered to the home on Washington Street, reports said.

Hart spoke with police and admitted he was standing on the porch when the pizzas were delivered. Hart told police the robbery wasn't planned but couldn't explain why they didn't just drive to Domino's to pick up the pizza.

Hart has been charged with one count of robbery resulting in bodily injury.