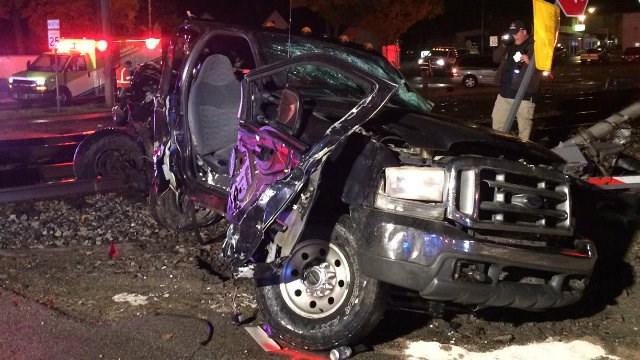 A man is dead after a train collided with his pickup truck in Mentone Wednesday evening.

Deputies from the Kosciusko County Sheriff’s Department responded to the call at a railroad crossing near the intersection of State Road 25 and State Road 19 around 7:24 p.m.

Deputies say the preliminary investigation suggests the truck attempted to turn southbound onto State Road 19 when the truck went off the paved portion of the road and became stuck on the rails of the tracks.

The vehicle was then struck by an eastbound Norfolk Southern freight train.

The male driver of the truck was pronounced dead at the scene.

According to officials, the name of the victim will be released after family members have been notified.