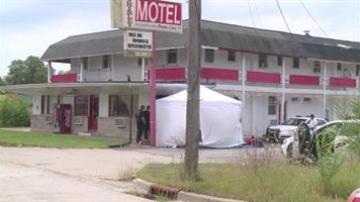 The County Metro Homicide Unit said the victim has been identified as 56-year-old Edward M. Pierce.

A forensic pathologist determined the cause of death was sharp force injury and the manner of death to be homicide.

South Bend Police responded to the motel on US31 S Tuesday morning after Pierce was found unresponsive.

Police said they are not called out to the motel often and it is not listed as a nuisance property.

If you have any information in this case, call the CMHU at 235-5009 and ask for Detective Brian Cook or Detective Jim Andrews.