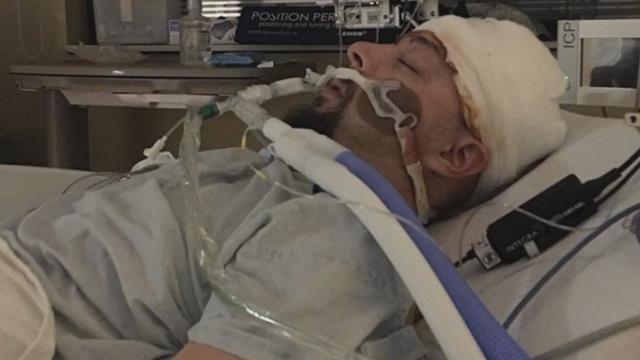 The Elkhart County Sheriff's Department is asking for help identifying the vehicle and driver involved in a possible road rage incident on December 12.

Around 10 p.m., a red passenger car and a full sized pickup truck, possibly a late 90s or early 2000s Chevrolet, were in the area of Ash Road and Old US 20 when they were involved in a possible road rage incident.

According to officials, 36-year-old Sean Neil of Granger was driving the car. The driver of the truck has not been identified or located.

According to Neil's family, it began when Neil cut off the driver of the pickup truck.

They say the man driving the truck tailgated him for almost three miles as they continued north on Ash Road.

The vehicles stopped on the road just north of the Toll Road overpass.

After both drivers got out of their vehicles, they were involved in an altercation that left Neil with serious head injuries, deputies said.

Neil's family says he was struck in the head with a crowbar and left unconscious in the snow.

The driver of the pickup truck left the scene.

Around 1:30 a.m., deputies were called and Neil was taken to the hospital in an ambulance.

His family says he suffered a fractured skull that caused his brain to swell. They say he is recovering in the hospital and will go through rehabilitation and speech therapy.

Neil's family says he told them the pickup truck was a green Chevrolet.

If you have any information on the driver or the pickup truck, contact the Sheriff’s Department at 574-891-2300 or submit a tip through their website www.elkhartcountysheriff.com.