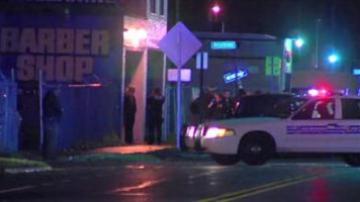 DETROIT -- Three people are dead and nine others wounded by gunfire after a shootout in a Detroit barber shop.

Police said one person of interest is in custody on unrelated charges and is being questioned.

"Further investigation revealed that this individual may be involved in at least 2 other violent crimes," said Detroit Police Chief James Craig.

Metro police say the shooting may have been the result of an ongoing feud and Crime Stoppers is offering up $5,000 as reward cash for anyone with information that leads to an arrest.