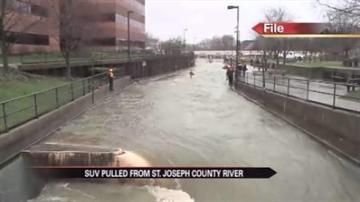 ELKHART COUNTY, Ind. — A man is in custody after he tried to break into an RV in Elkhart County.

Police discovered damage to fixtures inside the RV. They also say the suspect had synthetic marijuana in his possession, which could bring Deavers more charges.