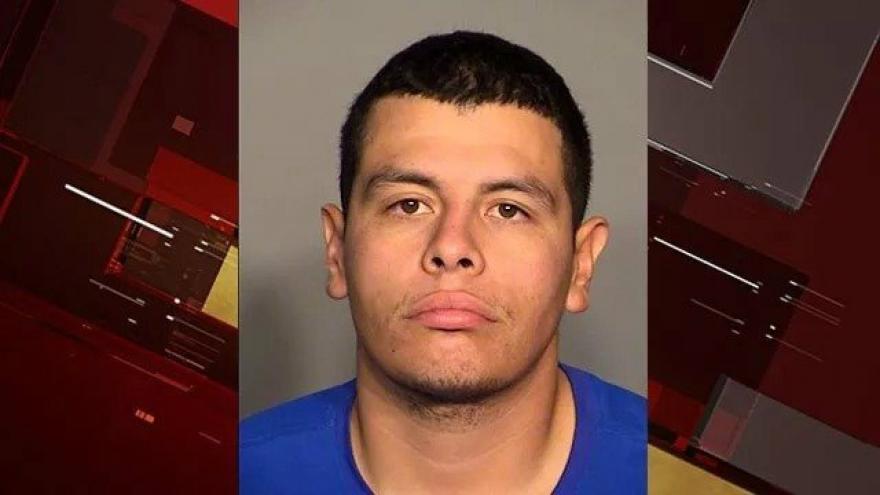 Joshua Castellon, 26, was arrested on Feb. 16 by a special agent with the Federal Bureau of Alcohol, Tobacco and Firearms, Las Vegas police said in a release. Detectives with Las Vegas Metro police on Tuesday filed a warrant for his arrest on two counts of murder and two counts of attempted murder.

In a press conference, Homicide Lt. Dan McGrath said a patrol officer stopped Castellon on Feb. 8, as he was sleeping in his car, for a field interview. He was not homeless but would occasionally sleep in his car, McGrath said.

The federal gun charge is connected to the shootings, McGrath said, and was related to a recent purchase of a gun and ammunition that is believed to be the murder weapon. No motive was expressed by Castellon as of his arrest.

Following the conclusion of the federal case, Castellon will be booked into the Clark County Detention Center, police said.

Police earlier this month said the suspect shot a person in the parking lot of a gas station in Logandale on Jan. 29. A few hours later, a second victim was shot and killed outside of a swap meet near Rancho Drive and Washington Avenue in Las Vegas.

On Feb. 2, police said a 68-year-old man was fatally shot in his sleep near 14th Street and U.S. 95. Police said the shootings were random.

Anyone with any information about any of these incidents, or anyone with surveillance footage that may have captured the suspect or suspect vehicle, was urged to contact the LVMPD Homicide Section by phone at 702-828-3521 or by email at [email protected] To remain anonymous, contact Crime Stoppers by phone at 702-385-5555, or on the internet at crimestoppersofnv.com.