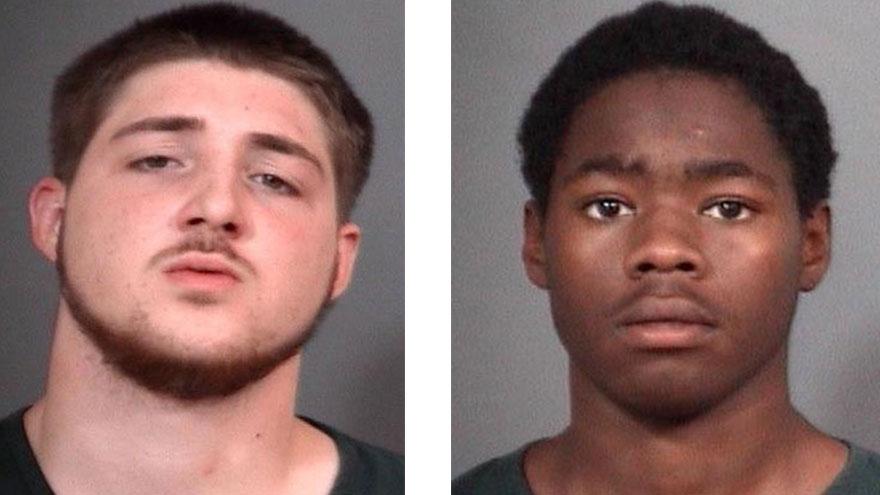 SOUTH BEND, Ind. -- One person was injured in a shooting in the 1200 block of Wilber Street Friday around 8:10 p.m., according to South Bend Police.

When police arrived to Wilber Street, they located 21-Jared Denham with a gunshot wound to his leg.

The investigation revealed Denham's girlfriend was being harassed by several women who were threatening her, reports said.

When they arrived, they found the women and several men. A fight broke out between Denham and several of the men.

As Denham got the better of the fight, several more men arrived and fired several shots, police said.

Denham was wounded by one of the bullets.

Denham then retrieved his pistol and fired one shot at the other males, police said. Witnesses told police he also fired several shots in the air.

After the shots were fired, Shields took Denham's gun and hid it in an abandoned vehicle, according to the probable cause affidavit.

When officers arrived to the area of N. Johnson, they found a handgun in plain sight in an abandoned vehicle. They also located several boxes of ammunition, reports said.

Police spoke with Shields and he allegedly admitted to hiding Denham's gun.

Denham admitted to police he was a convicted felon and should not have a weapon.

Shields was taken into custody on preliminary charges of aiding/assisting a criminal and possessing a handgun without a permit.

Anyone with information about the shooting is asked to contact the South Bend Police Department at 574-235-9201.