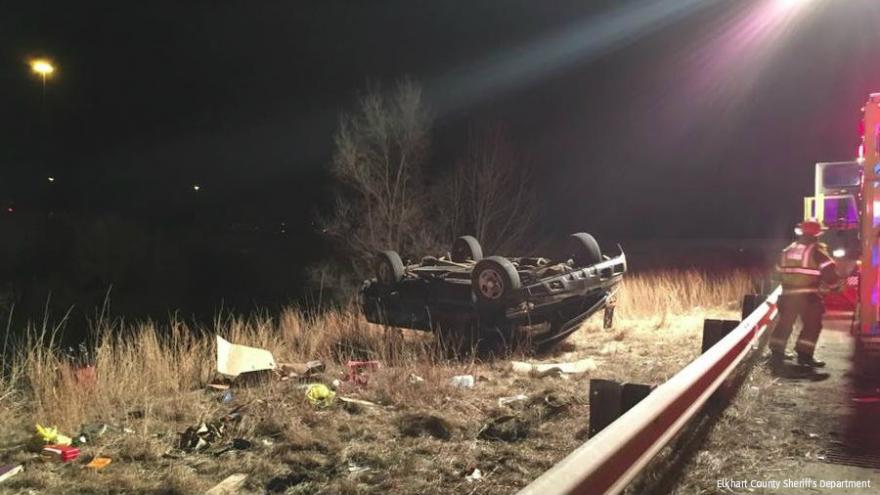 BRISTOL, Ind. – One man booked into Elkhart County Jail after losing control and flipping his car on Wednesday evening.

Deputies say Cody Deavers, 31, lost control, hit a guardrail, and flipped his vehicle while heading eastbound to US 20 around 8:30 p.m.

Deavers was taken to Elkhart General Hospital due to lack of balance and alleged extreme intoxication.

According to Elkhart Sheriff’s Department, he was released from the hospital and booked into the Elkhart County Jail for allegedly operating while intoxicated.

Deavers was cited for unsafe speed and an open-container violation.