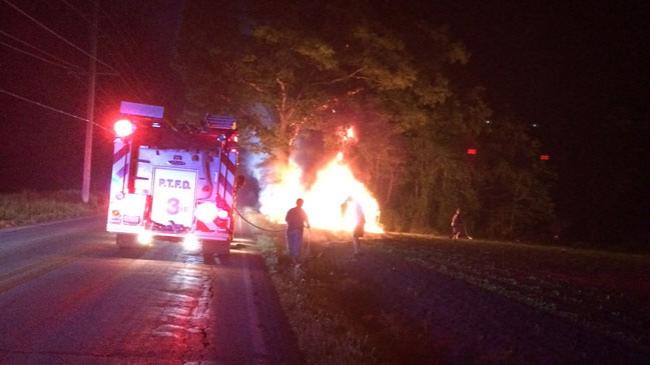 The Kosciusko County Coroner's Office has released the identity of the man killed in a fiery accident east of Leesburg on Monday.

The victim has been identified as 84-year-old Richard E. Prescott of Leesburg.

He was identified by forensic odontologist Dr. Craig Nelson at the Northeast Forensic Center in Fort Wayne.

When first responders arrived, the SUV was fully engulfed in flames.

The investigation revealed Prescott was traveling eastbound on Armstrong Road when his 2004 Chevy Suburban left the road for an unknown reason, struck a tree and caught fire.