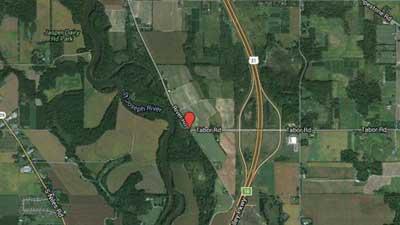 The Berrien County Sheriff's Department has released the identity of the man killed in a crash on November 7, 2015.

Deputies say 35-year-old Antwon White of Benton Harbor was killed in the crash.

White's vehicle was driving westbound on Tabor Road, but failed to stop at the T-intersection with River Road.

His vehicle continued into a field and struck a series of large objects and caught fire.

White was identified through DNA analysis.

Deputies say alcohol was a factor in the crash.