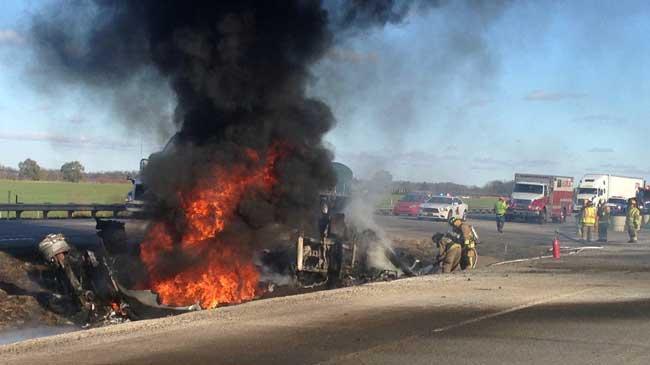 Indiana State Police have released the name of the man who was killed in a crash at mile marker 112 of the Indiana Toll Road on Monday.

Police said 53-year-old Daniel Zeiger of Bremen was killed in the crash.

According to the preliminary investigation, 21-year-old Austin Larson pulled his semi off the side of the road of the eastbound lanes to attend to an issue with is truck.

The two semis ended up in the median and Zeiger's vehicle caught fire.

Zeiger was pronounced dead at the scene.

Sample was taken to the hospital for treatment of his injuries. Larson was not injured.

The road was closed for several hours during the cleanup and investigation.