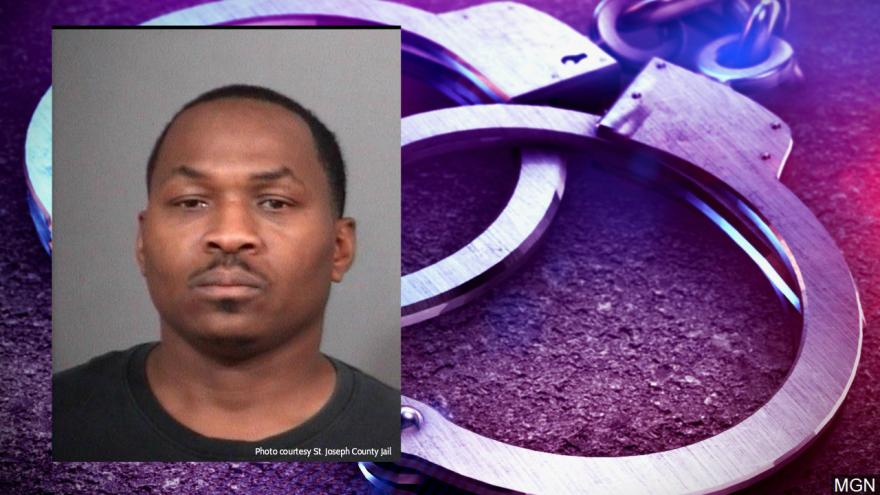 SOUTH BEND, Ind. – Adrian Evans has been formally charged with assisting a criminal in connection to the murder of 65-year-old Everett Harper at Knights Inn, according to the St. Joseph County Prosecutor’s Office.

Monday, the prosecutor found probable cause stemming from Saturday’s homicide at the hotel.

Court records say South Bend Police were called to the scene on Lincoln Way West regarding two 911 calls for shots fired. When they got to the room in question, they discovered Harper dead from multiple gunshot wounds.

Officers learned four people were in the room at the time of Harper’s death, including Evans and 30-year-old Antoine Jefferson who was arrested for the murder.

According to the probable cause affidavit, one of the witnesses in the room told officers Harper and Jefferson were arguing when Jefferson allegedly pulled out a handgun and shot Harper multiple times.

That witness said Evans and Jefferson ran from the hotel room and left in a blue-green van.

Per the PCA, an acquaintance of Jefferson’s told investigating officers that he came to her home shortly after the deadly shooting and said he “f***** up and shot someone in a hotel room.”

After his arrest, Jefferson allegedly told a family member that Harper was drunk and would not be quiet so he shot Harper.

Official documents say Evans confessed to investigators that he and Jefferson drove the van to the hotel and where he said Jefferson shot Harper, his uncle, “at least six to nine times.”

Evans allegedly told police he drove Jefferson away from the scene.

Both Evans and Jefferson were arrested Saturday and are being held in the St. Joseph County Jail without bond.