Man rushed to hospital after crashing into tree 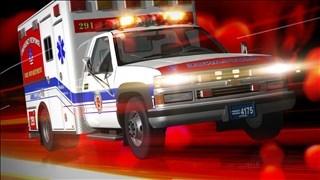 Elkhart County Sheriff’s deputies responded to the scene of an accident early Saturday morning that sent one person to the hospital with injuries.

Mishler’s truck went off the road and struck a tree.

He was transported to the Elkhart General Hospital after he broke his leg during the crash.

Police say the crash is under investigation at this time and believe that the driver was operating while under the influence.