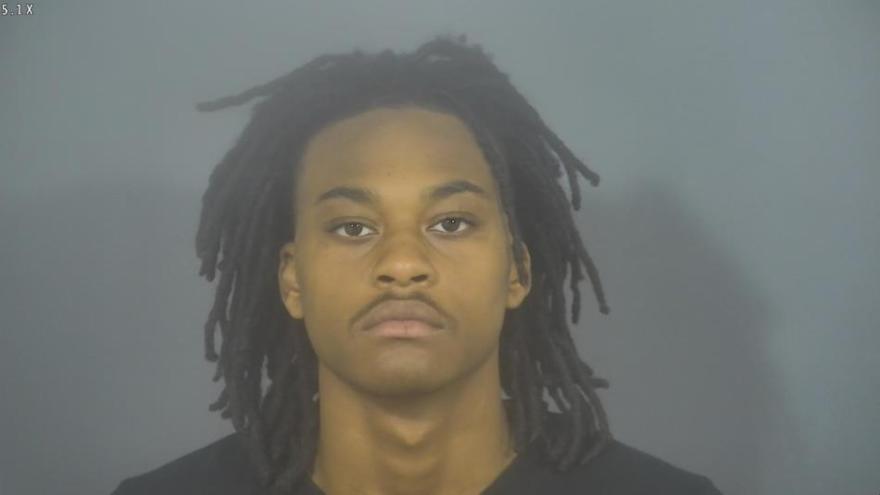 ST. JOSEPH COUNTY, Ind. – A man was arrested after he was seen with a machine gun in a music video filmed in South Bend, according to the probable cause affidavit.

Amarion Kirk was arrested on the charges of carrying a handgun without a license and possession of a machine gun.

On May 12, officers with the South Bend Police Department Strategic Focus Unit executed a search warrant on a residence on Randolph Street.

Evidence collected during the search included a hard drive.

On that hard drive, investigators found video footage of a music video shoot that included multiple people including a man later identified as Kirk.

This switch attachment allows the handgun to fire like a machine gun, according to police.

The serial number on the firearm was AFYA326.

On May 7, South Bend Police officers had gotten into a chase with a Jeep Grand Cherokee.

During the pursuit, people in the Cherokee got out of the vehicle and allegedly ran from police.

Officers searched a nearby dumpster and found two handguns inside, one of which was a Glock handgun with serial number AFYA326.

The firearm matched the one Kirk was holding in the music video, according to reports.

As part of the investigation, officers reviewed the music video footage and concluded the video was likely shot inside a residence on Yukon Street.

Body camera footage from incidents associated with the Yukon Street address showed features that matched features seen in the music video, such as smoke detectors, crown-molding, stairwells, trim, and more. The location of these features and their relation to each other was also a match, according to police.

On June 7, officers with the Strategic Focus Unit performed a search warrant at the Yukon Street residence.

During the search, officers noticed the same features inside the residence that were seen in the music video and body camera footage.

Investigators believe the Yukon Street residence was the location of the music video.

Kirk was arrested on Wednesday and is being held at the St. Joseph County Jail on a $3,000 bond.