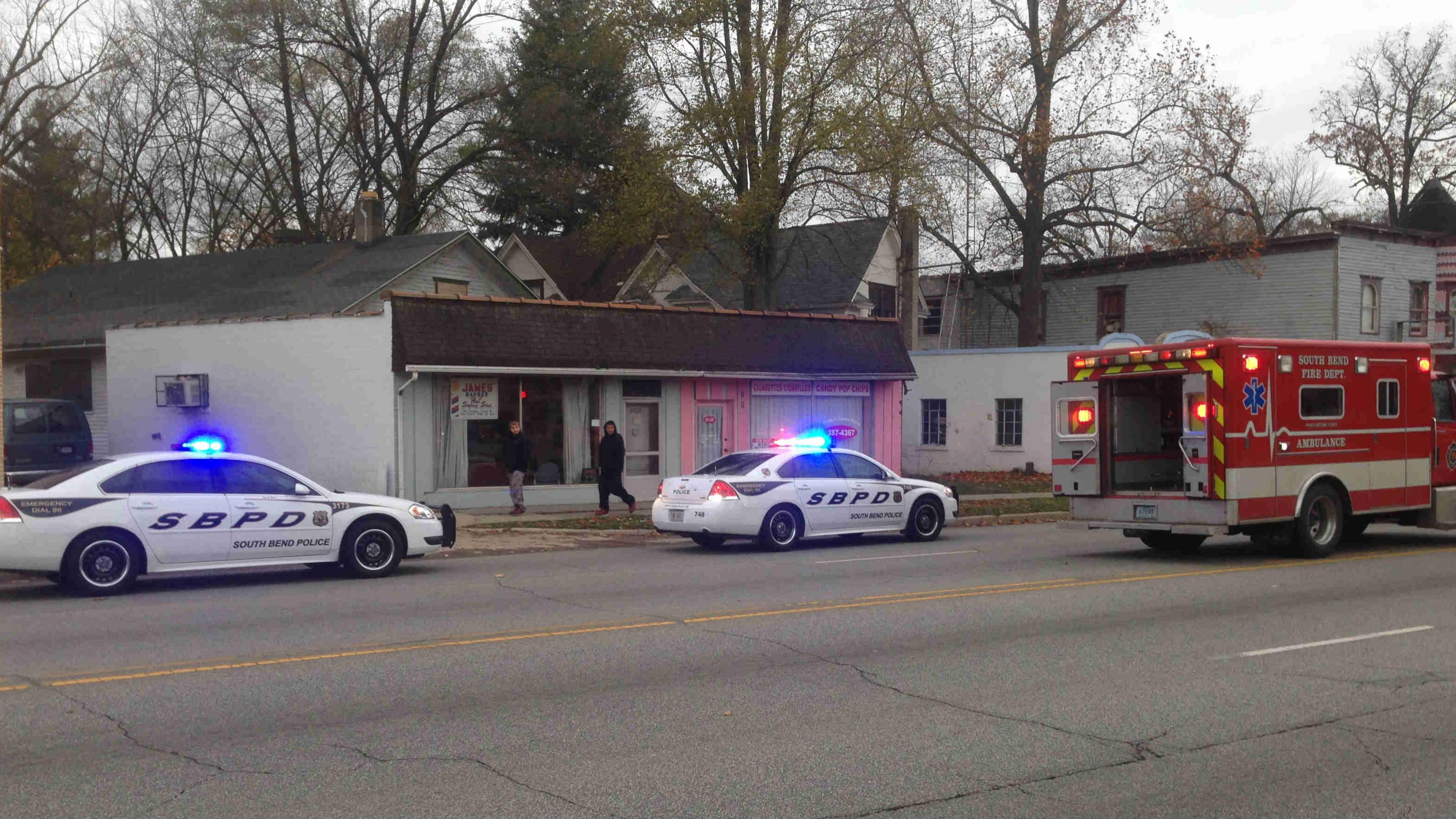 One man was shot in the 1900 block of Lincolnway West in South Bend Saturday evening during a home invasion.

According to ABC 57's Eric Cox at the scene, two men broke into the house, grabbing a female by her hair and dragging her.

One male was shot inside the home's living room and reportedly has non-life threatening injuries.

The suspects reportedly took cash and other items.

South Bend Police are investigating the shooting and are warning that the suspects are armed and dangerous.