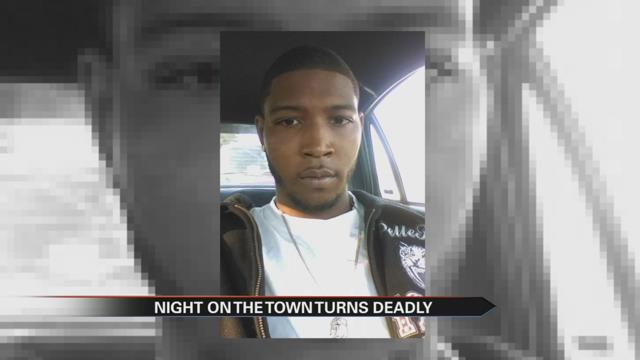 A night on the town turned deadly.  ABC57 first broke the news early Saturday morning, that 21-year-old Dandre Walker was shot and killed just after midnight, after a fight broke out, outside Studio Rumba 305 in South Bend.

The shooting is still under investigation. There are no suspects and the Metro Homicide Unit is not releasing any additional details.

ABC57 spoke with Latonya Davis, Walker's mother, who lives in St. Paul, MN on the phone Saturday afternoon.  The family is just trying to process this tragedy.

"I'm just hurt. They just out here taking each other's lives.  Senseless killing," says Davis.  "You know, they have families. They have kids. They have people who love them.

Davis doesn't know the details of her son's death.

"I heard he went out to a club or a bar. A fight broke out. Security or whatever put everybody out, and then somebody started shooting," she explains. "And my son was shot."

A mother grieving after losing her son, and leaving her two young grandsons, fatherless.

She believes the club is also liable.

"I think they need to close it down.  Or have more security in there," she adds. "Don't have underage kids get in.  25 and older."

Davis strongly believes something needs to be done, and she's not the only one.

Peramgeet Sing is an employee at Mega Liquors, a liquor store just next to Studio Rumba. He says the parking lot is always filled with activity.

But Saturday morning when he got to work, he had no idea what was going on.

Sing was stunned when an officer told him there had been a shooting, just feet away from where he works.

It has him concerned for his safety.  Although he was shocked that someone was killed, Sing wasn't surprised that a fight broke out.  He just wants it to end.

"I need something to happen. City has to take some steps over here," he says. "Because, a lot of fights, I see them happen here in the parking lot."

He, like Davis, believes that more of a police or security presence would make Studio Rumba, and Mega Liquors, safer for everyone.

ABC57 reached out to Studio Rumba Saturday afternoon.  They said they did not have a comment, due to the ongoing police investigation.