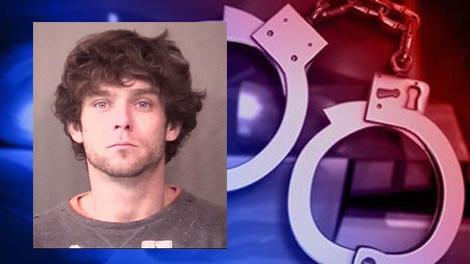 A man who is wanted in both Noble and LaGrange counties was arrested Tuesday in Kosciusko County after officers received a tip about his whereabouts.

Deputies with the Kosciusko County Sheriff’s Department and officers with the Syracuse Police Department responded to a home on East Margaret Drive Tuesday after receiving a tip about a wanted and potentially dangerous subject.

They arrived to the home and located 29-year-old Timothy Joe Hofmann hiding under a blanket.

After he was taken into custody, officers found a handgun, methamphetamine, marijuana, and several items that were stolen, including a 2003 Honda motorcycle from Noble County.

Hofmann is being held on a prosecutorial hold for charges of possession of methamphetamine and marijuana.

He is also being held on warrants out of Noble and LaGrange counties for intimidation, resisting law enforcement, possession of synthetic marijuana, possession of paraphernalia, and probation violation.