Man who set fire to former home sentenced to 10 years 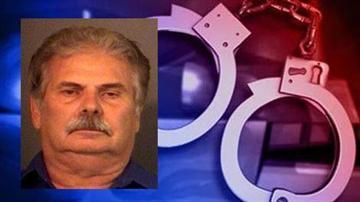 ST. JOSEPH COUNTY, Ind. -- The man who set his former home on fire in August 2013 was sentenced to 10 years in prison, with five years suspended on Monday.

Douglas Wilcox pleaded guilty in July 2014 to one count of arson, a class B felony, for setting fire to his former home at 21870 Sandybrook Drive.

He was living in the home temporarily after it sold at a sheriff's auction. The new owner took possession on July 25, 2013 and allowed Wilcox to stay until August 11, 2013.

The house caught fire the afternoon of August 11, the day Wilcox was supposed to vacate the home.

The fire department determined the fire started in the basement and was intentionally set.

After the fire, Wilcox could not be located.

Family members reported Wilcox missing on Tuesday, August 13 because he had not been seen since the day before the fire and did not show up for work the Monday after the fire.

Wilcox was located August 30, 2013 at a casino in Battle Creek Michigan.

He was charged with arson the same day and pleaded guilty last month.

Wilcox was sentenced to ten years in prison with five years suspended. He also must pay $7,300 in restitution.