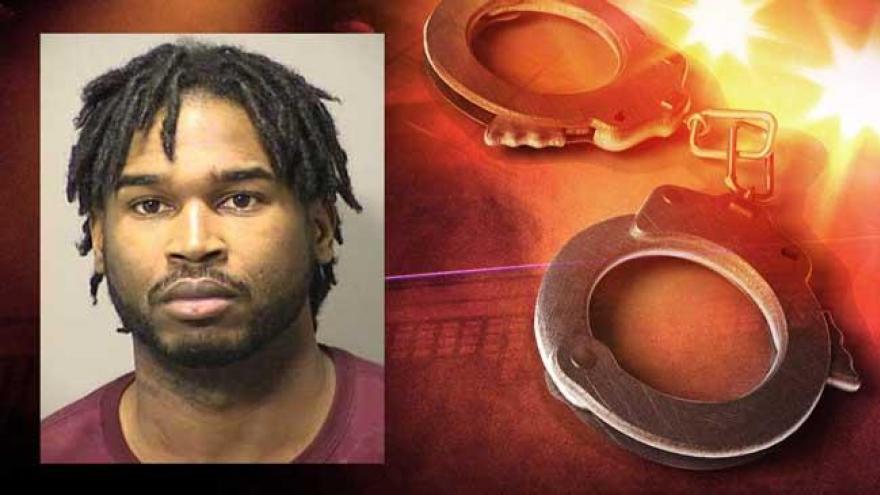 A Benton Harbor man was arrested after running from police and stealing two police cars while his 7-month old son was with him, according to a release from the Porter County Sheriff's Office.

Around noon Wednesday, the Porter County Sheriff's Office was contacted after a Hobart Police unmarked Dodge Charger was stolen during a traffic stop on the Indiana Toll Road at mile marker 39.

An Indiana State Trooper who was also at the traffic stop was following the suspect, but lost sight of the vehicle.

The driver, later identified as 26-year-old Stacey Groves, allegedly continued westbound on the Toll Road, then drove down a berm, through a fence and onto a field.

He abandoned the car on CR475 E just south of CR 1050N, grabbed his 7-month-old son out of the car and forced his way into a nearby residence, police said.

Groves handed his son to the homeowner and asked for help, police said.

The homeowner called 9-1-1 and police also received a 9-1-1 call from a nearby resident who spotted the unmarked police car abandoned in the roadway.
Porter County deputies responded to the area and went inside the house.

Groves drove the squad car through the woods, then abandoned it about 400 yards into the woods, deputies said.

A helicopter followed Groves and the co-pilot exited the helicopter and took Groves into custody.

Groves was transported to the Porter County Jail on preliminary charges of residential entry, auto theft, resisting with a vehicle, resisting, child endangering, two counts of criminal mischief and two counts of leaving the scene of a property damage crash.