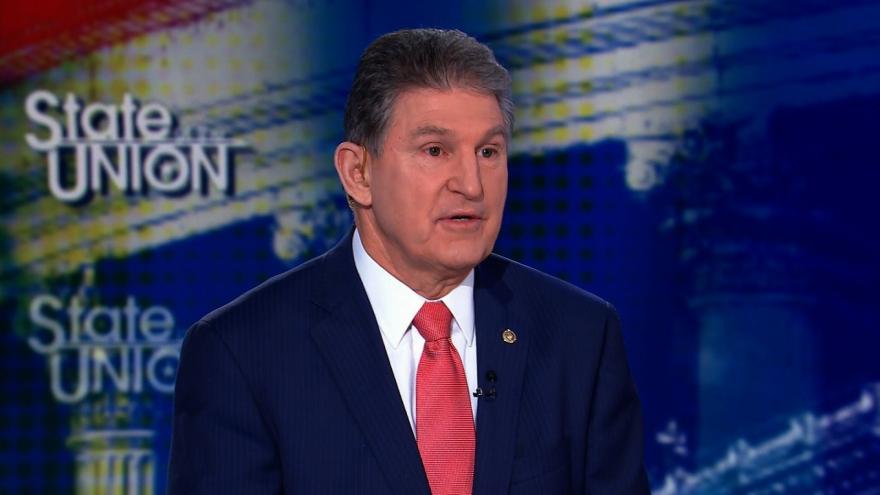 "I really believe he would," Manchin said on CNN's "State of the Union. "In my heart of hearts I believe that."

Manchin said between Trump's varied signals on guns, he thinks there is reason to believe the President would back the legislation and could be the key mover for the bill.

"It's up to President Trump," Manchin said. "That can be a legacy for him."

But he said if a provision from California Democratic Sen. Dianne Feinstein to ban some semiautomatic weapons were included in broader legislation containing his proposal, it would kill his background check measure.

"It would not help our bill at all," Manchin said.

Trump requested at a meeting on Wednesday a comprehensive bill that would potentially include Feinstein's proposal. He met on Thursday with leaders of the National Rifle Association, which has opposed the Manchin-Toomey bill. Manchin did not take Trump's NRA meeting as a sign his efforts would fail and called the group's leaders "good people."

The effort from Manchin and Toomey is a revival of their bill that failed to pass the Senate in 2013 after the Sandy Hook Elementary School shooting in Newtown, Connecticut, in December 2012. Manchin conceded it was likely that Congress still might not act on guns if the renewed gun push dims.

"It's a high probability that could happen if this thing goes mute," Manchin said, praising the outspoken students from Marjory Stoneman Douglas High School, where a gunman left 17 people dead in a mass shooting last month.