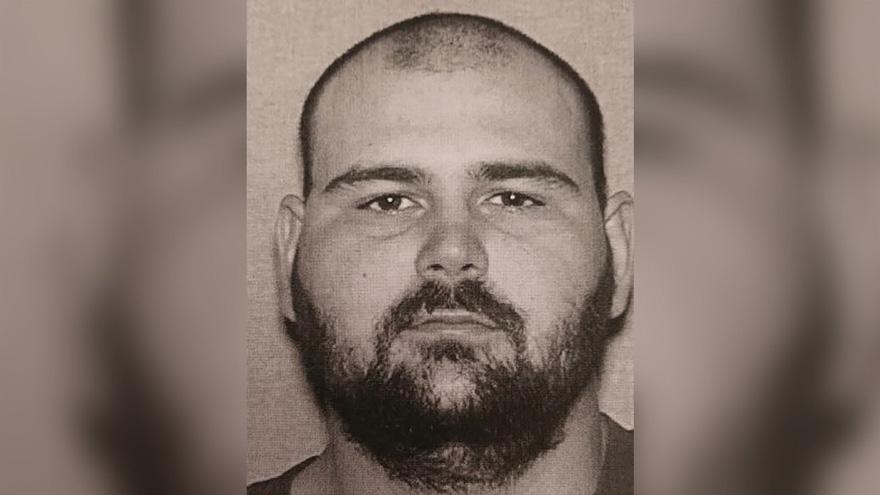 Late Wednesday, Erika Castro-Miles, 38, was charged with one count of first-degree murder in connection with the death, and the manhunt for another suspect continued into early Thursday, the Tennessee Bureau of Investigation said.

Investigators said Castro-Miles "participated" in Wednesday morning's fatal shooting of Baker but did not release any more details.

Baker, 32, a 10-year law enforcement veteran, had responded to a resident's call about a suspicious vehicle about 7 a.m. in Dickson County, about 40 miles west of Nashville, said Susan Niland, a spokeswoman for the Tennessee agency.

After a period of not being able to contact the deputy, authorities tracked down Baker's vehicle with GPS in a wooded area about 2 miles from the location of the initial call by an officer from another agency. Baker was found dead in his vehicle.

Authorities said they are continuing to search for Steven Joshua Wiggins in the deputy's killing.

Wiggins was identified from surveillance video and information collected at the scene, Niland said.

"You can see what can transpire from something that we think is just a suspicious vehicle," an emotional Dickson County Sheriff Jeff Bledsoe told reporters.

Wiggins has been added to the Tennessee Bureau of Investigation's 10 most-wanted list, and a $12,500 reward has been offered for information leading to his capture.

He is also wanted by the Cheatham County Sheriff's Office and Tennessee Bureau of Investigation on suspicion of aggravated assault and theft in a separate case.

Wiggins and Castro-Miles were identified as acquaintances, according to the Tennessee agency.

Baker joined the sheriff's office full time in 2008 and became a member of the special operations unit in 2013, according to the sheriff. He was married with a daughter.

"There's not much I can say today other than our hearts are shattered," Bledsoe said.

"This is one of our best deputies. He's a supervisor. He's worked his way up to sergeant on patrol. He's one of the guys who puts it on the line every day to keep our community safe."

Baker once helped rescue a woman trapped underwater in a vehicle and, more recently, joined in the capture a gunman at a shooting outside a theater, according to Bledsoe.

Bledsoe had a message for Wiggins: "If he is listening or anyone listening that knows him, that can talk some sense into him that he will turn himself in, that's what he needs to do."

In a statement to CNN affiliate WZTV in Nashville, Baker's mother, Veronica Bryan, described her son as a kind and compassionate young man.

"He loved his family, and adored his wife and daughter," the statement said. "He loved the outdoors, fishing and hunting. He served his country in the Marines and came home to serve his community. He was a faithful servant to all."