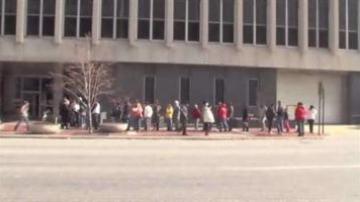 There's been almost a 50 percent decrease in early voters from the last presidential election.

"Even though we have been voting more people here than we did in 2008, the numbers overall are down because of the lack of additional locations," said Beth White.

Back in 2008, they had three voting centers.