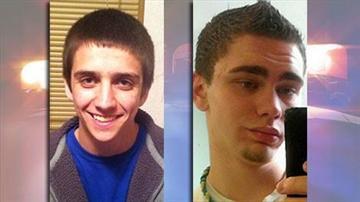 MARSHALL COUNTY, Ind. -- Two Marshall County teenagers escaped from a secure detention facility in Southern Indiana and the Marshall County Sheriff's Department and Plymouth Police are searching for them.

Adam Waggoner and Kody Whiteman, both 17, escaped during the early morning hours of August 3.

That evening, a vehicle was reported stolen in the same county.

On August 5, the stolen vehicle was recovered in West Township.

On August 6, the sheriff's department took reports of two vehicles being rummaged through in the area where the stolen vehicle was recovered.

The two were in custody on auto theft charges.