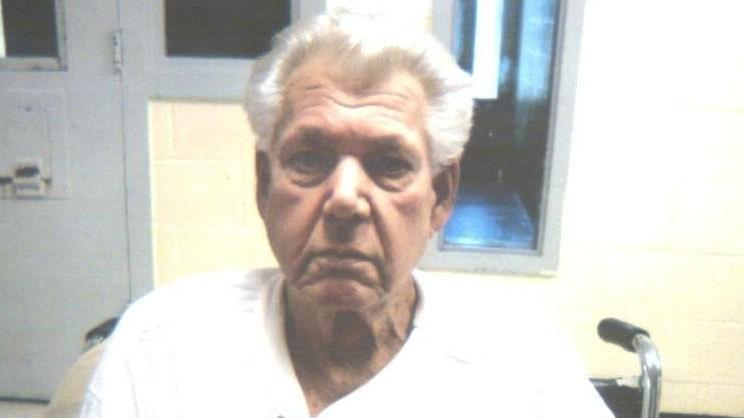 (CNN) -- The man they knew as Robert Gordon didn't stand out in the small town of Sherman, Connecticut. He was the guy who'd fix your boat. Favored the meatball grinder at the Sherman IGA. Seemed a decent sort.

All true enough, those who know him say, but authorities say it turns out he was keeping a secret, too.

Nearly 48 years ago, on August 22, 1968, Gordon, whose full name is Robert Gordon Stackowitz, escaped from the infirmary at a Georgia prison work camp while serving a 17-sentence for robbery by force in Henry County, according to authorities.

When law officers came calling Thursday, Stackowitz calmly opened the door, invited them into his kitchen and took a seat while they explained why they were there, said Michael Saraceno, a state trooper who was there.

"I knew this day would come," Saraceno quoted Stackowitz, 71, as saying.

But he did say they spent time taking a close look at two photos: one of Stackowitz's 1966 booking photo, the other the photo on his Connecticut driver's license. The one he took out under his real, full name, according to Bill Seymour, chief of staff for the Connecticut Department of Motor Vehicles.

Investigators saw similarities in the ears, nose and mouth on the two photos, so got in touch with the Marshals Service office up in Connecticut.

"We felt pretty good -- we thought it should be checked out," Schilling said.

Turns out Stackowitz had a Connecticut driver's license -- at the same address where he was arrested -- since at least 1990, Seymour said.

During his years in Sherman, a town of 3,600 in southwestern Connecticut, Stackowitz kept a low profile. He had no tickets on his driving record, Seymour said.

"I'd see him from time to time at the boat launch either putting a boat in or out of Candlewood Lake," the trooper said.

Mike Louzi, who owns the Sherman IGA grocery store, said Stackowitz would come in several times a week for lunch.

"He would always call before he came and ask the deli what our hot lunch specials we had," Louzi said. "And so we'd go down the list and tell him what we had. But regardless of what we had, he almost always got the meatball grinder."

Stackowitz didn't act like a man with something to hide, Louzi said.

"Everyone is shocked. He was very well-liked," the grocer said.

Georgia officials said they don't know much about what Stackowitz did nearly a half-century ago to warrant a 17-year prison sentence.

But he's jailed in lieu of $100,000 bond, and will appear before a judge soon for an extradition hearing to bring him back to Georgia.