Martise Washington sentenced to minimum of 20 years in prison 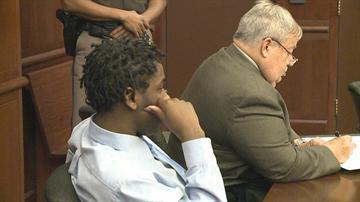 NILES, Mich. -- Martise Washington, one the teens involved in the Niles 'sextortion' scandal, has been sentenced to a minimum of 20 years in prison.

Washington is the only one of the Niles teens who actually stood trial so far.

He was convicted on seven counts related to criminal sexual assault and extortion, after recording images of a girl having sex and threatening to post them on Facebook if she did not perform sexual acts with other friends of his.

Sentences on all seven counts ranged from two to five years, to 20 to 40 years in prison.

According to Berrien County Prosecutor Steve Pierangeli, since Washington's sentences are to be served concurrently, the harshest penalty is the one that establishes the prison term.

After 20 years, Washington will be eligible for parole.

When Washington does get out of prison, he will have to wear a GPS monitoring device for the rest of his life, a mandatory requirement for a conviction of First Degree Criminal Sexual Conduct.