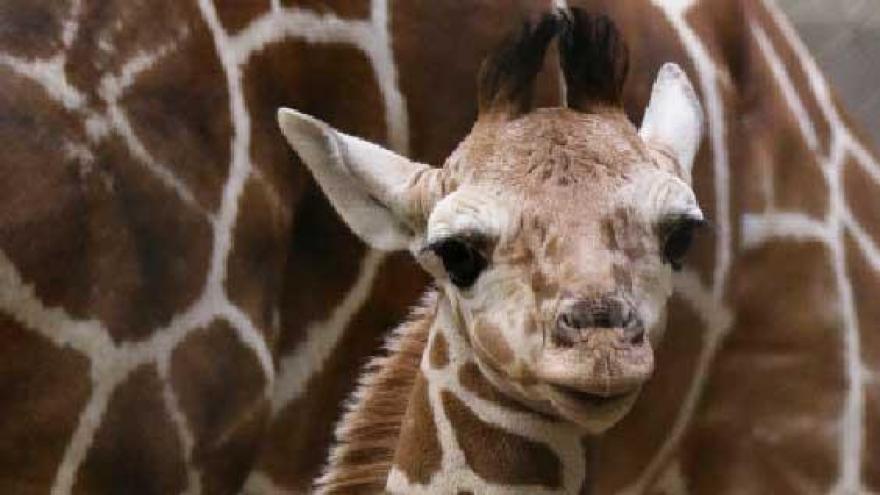 (CNN) -- Julius never faced any vicious predators on the African savannah. But he fought for life as if he did.

The giraffe calf died at the Maryland Zoo in Baltimore on Saturday after a tumultuous month-long battle for life, the zoo said in a statement.

"It's hard to put our emotions into words right now," said Don Hutchinson, president and CEO of the zoo. "Sadly, he was unable to survive in spite of [the zoo staff's] Herculean efforts."

Julius had it tough from the start.

The calf was born on June 15 with many heath issues. He was unable to learn to nurse from his mother, so the staff tried teaching Julius bottle feeding. To support his frail immune system, the zoo staff administered two transfusions of giraffe plasma, rounds of antibiotics and IV fluids, according to the statement.

"His condition took a sharp turn downward overnight, and we had to make the difficult decision to humanely euthanize him," said Samantha Sander, associate veterinarian at the zoo. "This is certainly not the outcome we were hoping for, but we rest assured that we did everything we possibly could medically to prevent him from any distress."

The zoo received support from people grieving the loss of the baby giraffe, according to the statement.

"We would like to thank the thousands of people from around the world who have sent positive thoughts and prayers to Julius and the staff here at the zoo," Hutchinson said. "The outpouring of support has indeed bolstered everyone at the zoo, and most especially the people who have been working directly with Julius and the rest of the giraffe herd through this very trying time."

Individuals that would like to send messages or thoughts about Julius can comment on the Maryland Zoo's Padlet page. The zoo is creating a special memorial wall to remember the giraffe.

Julius is part of a larger story of the struggle to preserve vulnerable and endangered species around the world. Giraffe populations worldwide have fallen by around 40% in the last two decades, according to the Giraffe Conservation Foundation's website.

The Maryland Zoo is a non-profit that dedicates their resources to caring for these species.