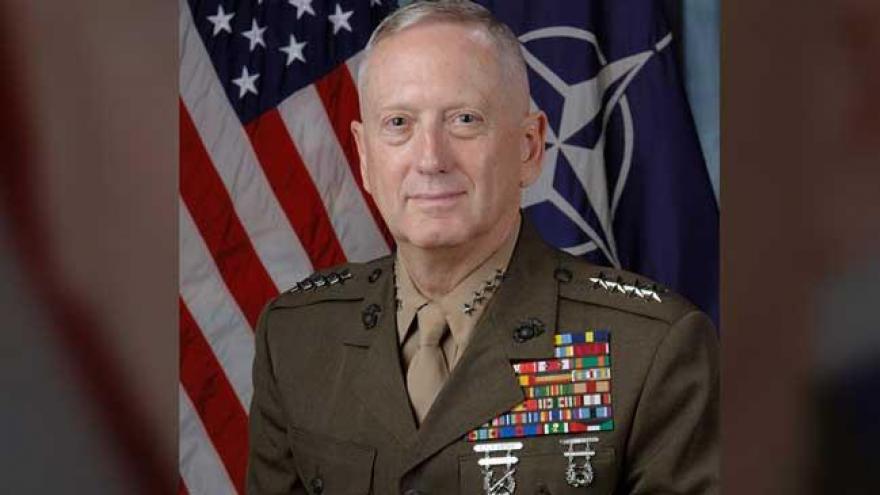 (CNN) -- US Secretary of Defense James Mattis said Friday that there is more optimism than ever before when it comes to dealing with North Korea.

"I don't have a crystal ball. We are optimistic right now that there's opportunity here that we've never enjoyed since 1950," Mattis told reporters at the Pentagon immediately prior to his meeting with Poland's Defense Minister Mariusz Blaszczak.

1950 was the year the Korean War started, a war that was de facto ended in 1953 with an armistice but is still technically ongoing as a peace treaty was never signed.

"We're going to have to see what they produce and that's going to take diplomats working," Mattis added.

On Friday South Korean President Moon Jae-in and his North Korean counterpart, Kim Jong Un met at the Panmunjom "peace village" in the Demilitarized Zone and committed themselves to the complete denuclearization of the Korean Peninsula and pledged to bring a formal end to the Korean War.

Asked if a formal peace treaty ending the Korean War would mean a reduction of the thousands of US troops currently stationed in South Korea, Mattis said that was an issue that would be part of the negotiations between the US and its allies as well as North Korea.

"For right now we just have to go along with the process, have the negotiations and not try to make preconditions or presumptions about how it's going to go. The diplomats are going to have to go to work now," Mattis said.

His comments come as the US has observed activity at one of North Korea's nuclear testing sites, which is consistent with Kim's earlier public remarks about shutting down the site, a US defense official told CNN.

The US assesses that the observed activity indicated the site is being dismantled but the official cautioned that the actions taken so far are likely reversible should North Korea decide to change course. Officials have also said that the US believes the site is currently inoperable due to over use.