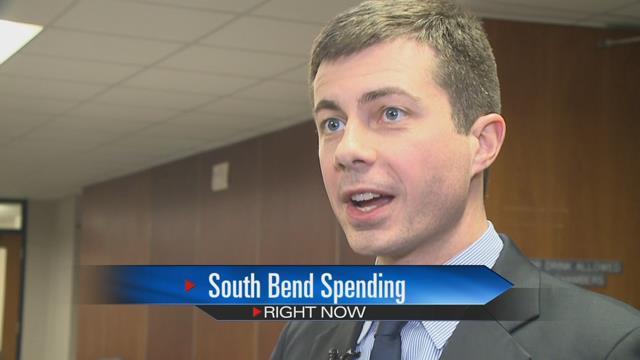 Mayor Pete Buttigieg touted a balanced general fund in addition to a $1.7 million surplus in 2015.

He warned the city’s common council of a lurking statewide tax that could hit the budget hard in a few years.

The mayor projects that state property tax restriction known as the State Circuit Breaker Tax would significantly cut into multiple fund revenues by 2020.

The general fund would see the biggest loss of about $2.54 million according to the mayor.

“As we look to the future, I’m looking at 2020, and I’m concerned about future property tax cuts in effect at that time,” said Mayor Buttigieg. “It means we got to plan ahead because that will cost the city in the millions."

The mayor also says he doesn’t anticipate any relief from the statehouse.

Elbel Park was another hot topic at the Common Council meeting.

As support grows for the city to keep the park, the mayor expressed concerns about its costs.

The mayor has been consistent on his stance that it will take tough choices to keep the city in fiscally good shape.

One choice is determining whether or not to keep Elbel Park despite how much it’s costing the city to fund it.

The mayor called off a planned sale last month and is exploring leasing the property.

Monday, the common council voted in favor of a resolution to form a five person commission that would research the property for 45 days before a deal is made.

And while many residents were in favor of the resolution, they called for more to be done.

“The scope of the committee is going to be limited by the time frame but we’re hopeful that they’re going to find some short term solutions that are going to be financially responsible and this is going to allow them to either establish another commission or do the necessary research to figure out long term what we ought to be doing with Elbel,” said Paul Blaschko, member of Elbel for Everyone.

Most council members agreed with Blaschko and discussed the possibility of amending the resolution after the first commission meeting.

This resolution however is not legally binding and the park’s board does not have to accept their recommendation.

But the head of the city’s parks department did say the board is willing to consider any findings by this commission.