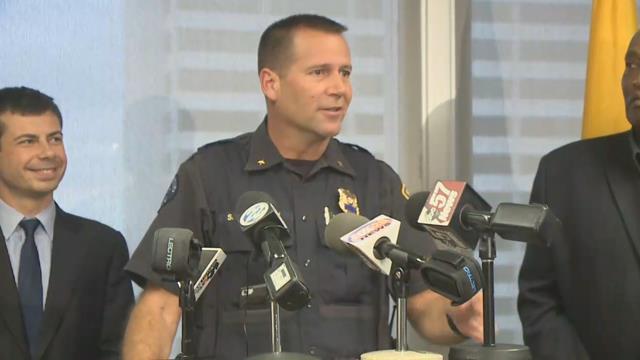 Current Police Chief Ron Teachman is leaving the city on September 30th to become a director at the parent company of ShotSpotter.

ShotSpotter is a company whose technology the city uses to detect gunshots.

We asked Teachman if it is appropriate for him to go work for the company.

“I’ve received no personal gain historically for the work we’ve had with ShotSpotter. We believe it’s a valuable service that we brought to South Bend. It wasn’t initially received by the officers, they understand the value of it now. It gives them a tactical benefit. It gives them an I near immediate benefit," Teachman said.

Chief Teachman says he started working with ShotSpotter at his last job in New Bedford, Massachusetts.

According to Mayor Buttigieg, Chief Teachman was able to negotiate a $50,000 deal with ShotSpotter several years ago.

The mayor says he does not believe the move is a conflict of interest.

“It would be inappropriate to work for a private sector company at the same time as it is marketing to a public sector government. But as far as I can tell that didn’t happen," Mayor Buttigieg said.

Ruszkowski was all smiles Friday as he looked to the future of his new role as the chief of the South Bend Police Department.

“I’ve dedicated over half of my life to doing this job so I don’t look at it like that. This is for whatever my compelling obligation to be here for the people of our city," Ruszkowski said.

Ruszkowski's father and grandfather were also members of the South Bend Police Department.