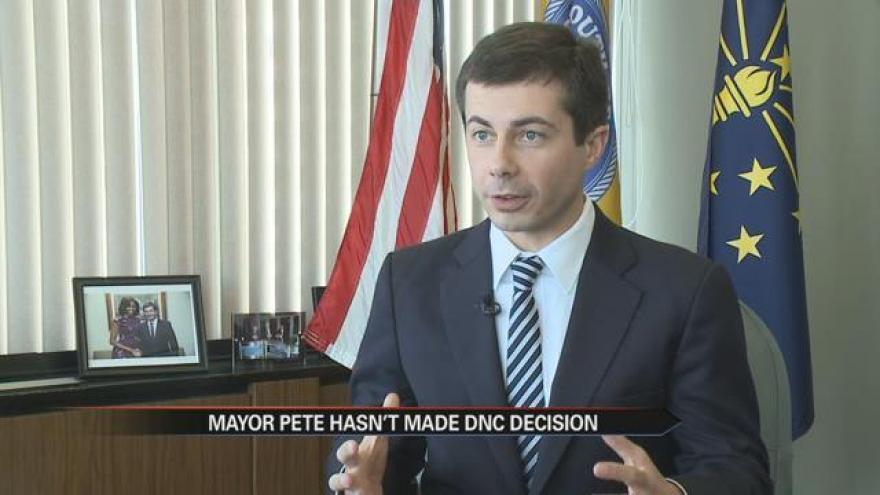 Thursday, we talked with South Bend Mayor Pete Buttigieg about his thoughts on running for Democratic National Chair.

The original rumors came out after a Politico article published on Tuesday said Buttigieg was considering running.

“A national conversation about where our country is headed and where our party is headed. And I'm doing everything I can to make sure that the perspective of a place like South Bend is in that conversation,” said Buttigieg.

He added, “But I'm focused on doing the job of mayor. It's the best job I've ever had.”

We asked him to make a clearer statement on whether he made a decision to run for the DNC chair and he replied, “No.”