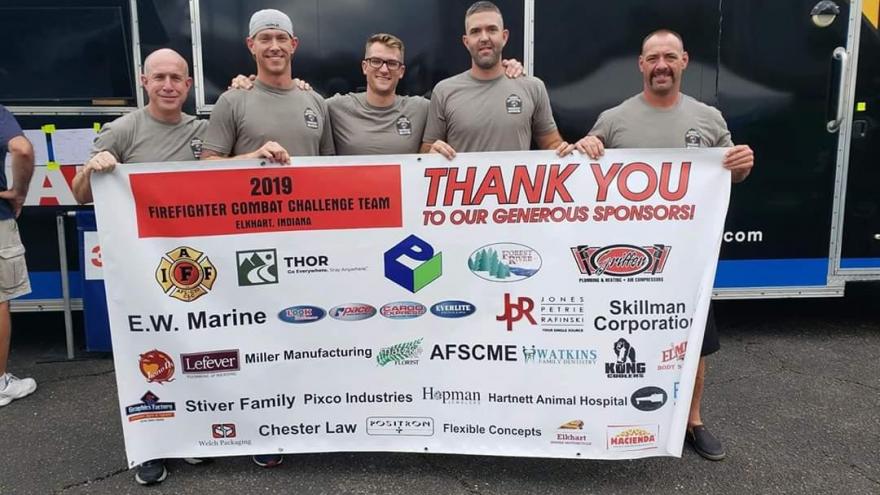 The team qualified to compete in Alabama after completing the course in one minute and 39 seconds in Elkhart in July.

The Elkhart Fire Department has been involved in the Combat Challenge each of the past three years, but this year was just the second time they ever made the trip to Alabama.

31 different sponsors — including local businesses and organizations — made it possible for the five members of the Department to travel to Alabama and compete.

The Firefighters were dressed in full firefighter gear during the competition.

The course includes a linked series of tasks including climbing a five-story tower, hoisting, chopping and dragging hoses, and rescuing a life-sized, 175 pound “victim.”

The Elkhart Fire Department hopes to compete again in the Combat Challenge next year.